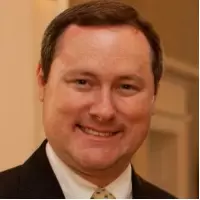 Gene Fishel currently serves as Senior Assistant Attorney General and Chief of the Computer Crime Section in Virginia Attorney General Mark Herring’s Office. In this capacity he directs prosecutions of computer fraud, identity theft, and child exploitation cases in state courts across Virginia, and serves as a Special Assistant United States Attorney in both the Eastern and Western Districts of Virginia where he prosecutes computer crime cases in federal court. He additionally oversees the office’s recently established Computer Forensics Unit which conducts investigations and computer forensic analyses for criminal cases across the Commonwealth. He also monitors organizations’ compliance with Virginia’s database breach notification laws, drafts legislation for the Virginia General A

During his eleven-year tenure at the Attorney General’s Office, Gene has helped to draft and enact sweeping reforms to computer crime and child exploitation laws in Virginia, and has been involved in numerous novel and complex federal and state prosecutions, including the nation’s first, felony prosecution for illicit spamming in 2004. He has served on numerous boards and committees including the Board of Governors for the Criminal Law Section of the Virginia State Bar, the National White Collar Crime Center’s Cybercrime Advisory Board, the Virginia General Assembly’s Joint Committee on Technology and Science Advisory Committee, and the Governor’s Office of Substance Abuse Advisory Committee. He has also lectured and presented on data breach issues and computer crimes to various agencies, organizations, and conferences across the country including the Federal Trade Commission, the Central Intelligence Agency, the United States Capitol Staff, and United States Attorney conferences. In 2007, Gene was appointed as Senior Assistant Attorney General. Prior to his time at the Attorney General’s Office, Gene served as law clerk for the Second Judicial Circuit in Virginia Beach, VA. He received his JD from Wake Forest University and his BA, magna cum laude, from James Madison University.